The one-stop shop for all things March Book Madness. You can vote here, and see book descriptions, matches, and brackets. 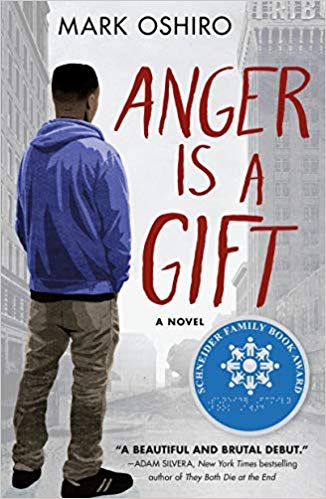 Anger is a Gift by Mark Oshiro

Six years after Moss' father was murdered by an Oakland Police Officer, he is still crippled by panic attacks. When things at his school go bad, and he and his friends start to feel like prisoners at school, Moss must make a difficult choice: give into fear and hate or realize that anger can actually be a gift. Tags: Police Brutality, LGBTQ, Anxiety, Racism, First Love 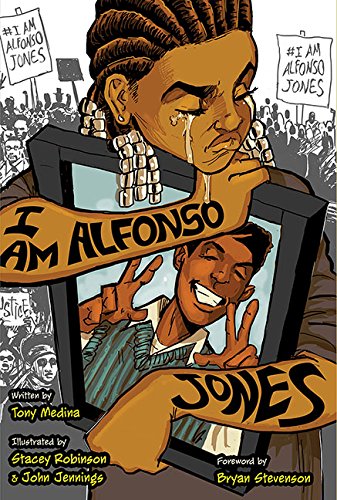 I Am Alfonso Jones

Alfonso Jones can’t wait to play the role of Hamlet in his school’s hip-hop rendition of the classic play. He also wants to let his best friend, Danetta, know how he really feels about her. But as he is buying his first suit, an off-duty police officer mistakes a clothes hanger for a gun, and he shoots Alfonso. Tags: Police Brutality, Civil Rights, Black Lives Matter 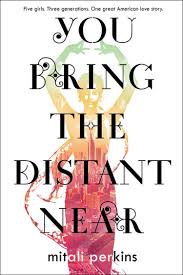 You Bring the Distant Near by Mitali Perkins

This elegant young adult novel captures the immigrant experience for one Indian-American family with humor and heart.Told in alternating teen voices across three generations, You Bring the Distant Near explores sisterhood, first loves, friendship, and the inheritance of culture - for better or worse. Tags: Bengali, Family, Sisterhood, Immigration, Identity, Indian-American 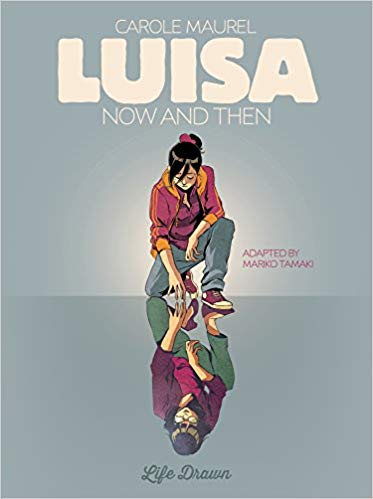 Luisa: Now and Then

Single, and having left behind her dream to become a renowned photographer, she is struggling to find out who she is and what she wants. In order to help and guide her younger self, she must finally face herself and her past. When Luisa finds herself attracted to a female neighbor, things become even more complicated. Tags: Time Travel, LGBT, Lesbians, Daughters, Relationships 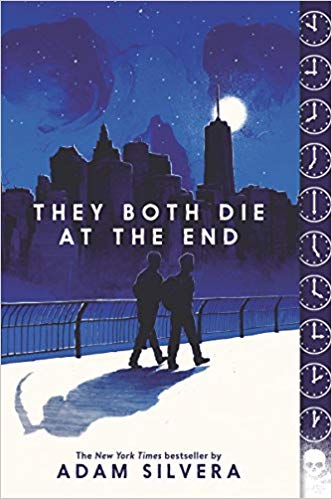 They Both Die at the End by Adam Silvera

Mateo Torrez and Rufus Emeterio got some bad news: They're going to die today. Mateo and Rufus are total strangers, but, they're both looking to make a new friend on their End Day. Through an app called Last Friend, Rufus and Mateo are about to meet up for one last great adventure-to live a lifetime in a single day. Tags: Death, LGBTQ, Romance, Sci-Fi, Friendship 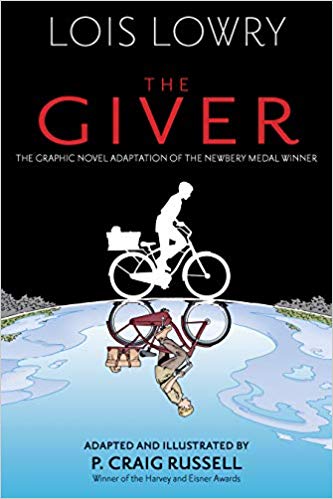 The Giver by Lois Lowry

The haunting story centers on twelve-year-old Jonas, who lives in a seemingly ideal, if colorless, world of conformity and contentment. Not until he is given his life assignment as the Receiver of Memory does he begin to understand the dark, complex secrets behind his fragile community. Tags: Dystopian, Fantasy, Futuristic, Memories, Coming of Age 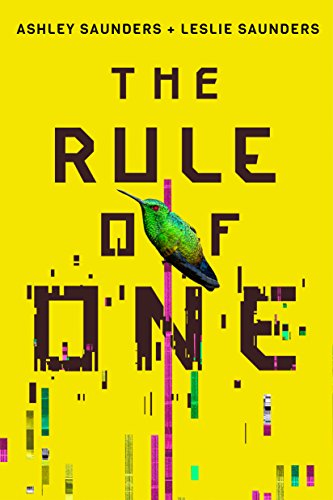 The Rule of One by Ashley & Leslie Saunders

In the near-future United States, a one-child policy is ruthlessly enforced. Everyone follows the Rule of One. But Ava Goodwin, daughter of the head of the Texas Family Planning Division, has a secret—one her mother died to keep and her father has helped to hide for her entire life.She has an identical twin sister, Mira. Tags: Dystopian, Post Apocalyptic, Twins, Population Control 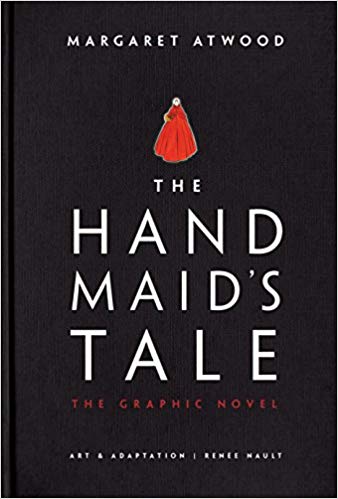 The Handmaid's Tale by Margaret Atwood

Environmental disasters and declining birthrates have led to a Second  Civil War. The result is the rise of the Republic of Gilead, a totalitarian regime that enforces rigid social roles and enslaves the few remaining fertile women. Offred is one of these, a Handmaid bound to produce children for one of Gilead’s commanders. Tags: Dystopian, Feminism, Religion, Post Apocalyptic, Patriarchy 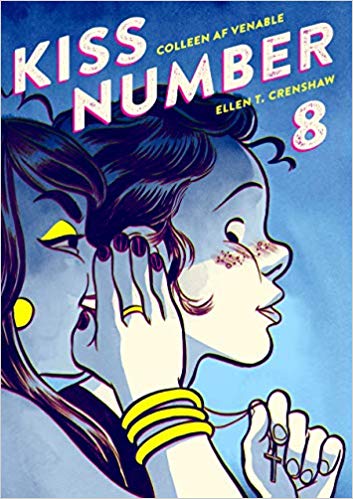 Mads is pretty happy with her life. She goofs off with her best friend Cat, and has thus far managed to avoid getting kissed by Adam, the boy next door. It's everything she hoped high school would be… until all of a sudden, it's not. Mads is starting to figure out that she doesn't want to kiss Adam…because the only person she wants to kiss is Cat. Tags: LGBTQ, Romance, Sexuality, Identity, Trans, Family, Homophobia 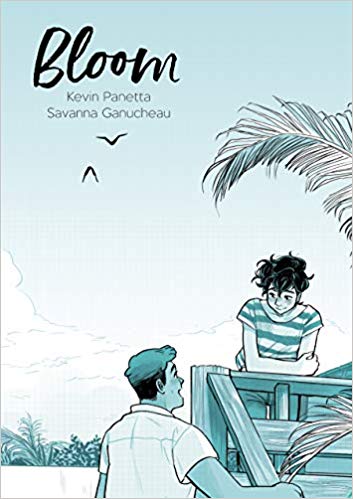 Now that high school is over, Ari is dying to move to the big city with his band―if he can just persuade his dad to let him quit his job at their family bakery. While interviewing candidates for his replacement, Ari meets Hector, an easygoing guy who loves baking as much as Ari wants to escape it. As they become closer over batches of bread, love is ready to bloom. Tags: Baking, LGBTQ, Romance, Identity, Family

I Am J by Cris Beam

J was certain that eventually everyone would understand who he really was: a boy mistakenly born as a girl. Yet as he grew up, his body began to betray him; eventually J stopped praying to wake up a "real boy" and started covering up his body, keeping himself invisible. But after being deserted by the best friend he thought would always be by his side, J decides that he's done hiding. Tags: Bullying, Cutting, FTM, GLBTQ, Identity, Photography, Transgender 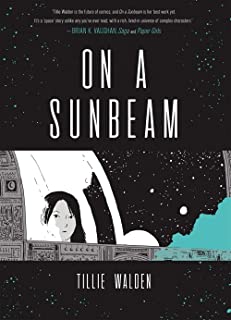 On a Sunbeam by Tillie Walden 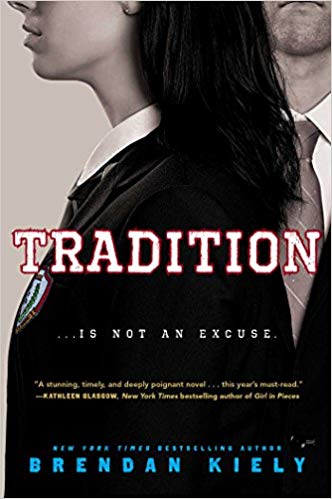 Jules Devereux just wants to keep her head down. Jamie Baxter feels like an imposter at Fullbrook. Jules and Jamie’s lives intertwine, and the pressures to play by the rules and to keep the school’s toxic secrets, they are faced with a choice: remain silent while others get hurt, or stand together against the ugly, sexist traditions of an institution that believes it can do no wrong. Tags: Consent, LGBTQ, Rape, Privilege, Wealth 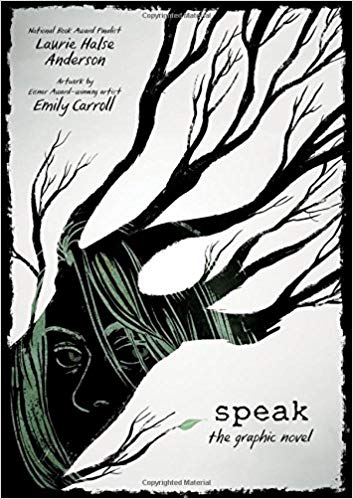 Melinda is friendless outcast, because she busted an end-of-summer party by calling the cops, so now nobody will talk to her, let alone listen to her. She is hiding a horrible secret about that party, but a fellow male student, knows the secret as well. She speaks for many a disenfranchised teenager while demonstrating the importance of speaking up for oneself. Tags: Abuse, Art, Depression, Friendship, Outcasts, Rape, Sexual Abuse, Silence

One Night in Georgia by Celeste O. Norfleet

At the end of a summer shaped by the tragic assassinations of Martin Luther King, Jr., and Bobby Kennedy, race riots, political protests, and the birth of Black power, three coeds from New York City pack into Veronica’s new convertible, bound for Atlanta and their last year at Spelman College. It is the beginning a journey that will change their lives irrevocably. Tags: Activism, Civil Rights, Friendship, Historical Fiction, Racism 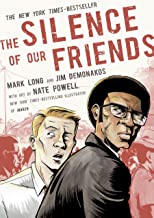 The Silence of Our Friends by Mark Long

A white family from a notoriously racist neighborhood in the suburbs and a black family from its poorest ward cross Houston's color line, overcoming humiliation, degradation, and violence to win the freedom of five black college students unjustly charged with the murder of a policeman. Tags: 1960s, Civil Rights, Historical Fiction, Racism, Texas